Skip to content
Back
Cryptocurrency Proof -of -Stake
24 min read

Algorand is a decentralized network built to solve the Blockchain Trilemma of achieving speed, security, and decentralization simultaneously. Launched in June 2019 by computer scientist and MIT professor Silvio Micali, Algorand is a permissionless, open-source blockchain network upon which anyone can build. Algorand is designed to be a payments-focused network with rapid transactions and a strong focus on achieving near-instant finality — that means processing over 1,000 transactions per second (TPS) and achieving transaction finality in less than five seconds.

Algorand uses a Proof-of-Stake (PoS) consensus mechanism, and distributes validator rewards to all holders of its native ALGO cryptocurrency. Through strong throughput capacity and equitable community incentivization, Algorand is capable of managing the high-throughput requirements of widespread global usage and a variety of use cases.

As a public smart contract blockchain that relies on staking, Algorand is currently capable of hosting decentralized application (dApp) development and providing scalability. Rising gas fees on Ethereum have led many dApp developers and decentralized finance (DeFi) traders to look for alternative blockchain solutions. Some have turned to Algorand as an Ethereum-alternative for dApp development and DeFi applications.

Algorand also allows developers to use the Algorand Standard Asset (ASA) protocol to create new tokens or to transfer existing tokens to the Algorand ecosystem. For example, stablecoins like USDT and USDC also exist as ASAs on the Algorand blockchain and enjoy much higher throughput and much lower transaction fees than what is typical on Ethereum. Further, as central banks continue to research networks to host their central bank digital currencies (CBDCs), Algorand has become a viable option and has been chosen to host the Marshall Islands CBDC.

Who Are The Founders Of Algorand?

Silvio Micali is a professor of computer science at the Massachusetts Institute of Technology, and the founder of Algorand. He is a recipient of the Turing Award (in 2012) for his fundamental contributions to the theory and practice of secure two-party computation, electronic cash, cryptocurrencies and blockchain protocols. This makes him one of the foremost creators of crypto in the world.

Why Does Algorand Have Value?

Algorand is a new public blockchain, meaning its technology, while novel, has not yet seen much testing under real-world market conditions.

Users may find the ALGO cryptocurrency valuable should they believe Algrorand’s technical specifics will make it likely to be the blockchain of choice for developers who want to design and launch new kinds of decentralized applications.

Investors may also see Algorand as a viable part of a cryptocurrency portfolio should they believe that proof-of-stake blockchains, which lower the cost of participating in a blockchain’s operation, will ultimately prove more successful in the market.

The Algorand Foundation, the non-profit organization overseeing and funding development of the protocol, says that only 10 billion units of its ALGO cryptocurrency will ever be created.

Algorand maintains a block explorer, which keeps an official count of its circulating supply.

A schedule of distributions, which the foundation expects to be completed within five years of the protocol’s launch, can be found below:

3.0 billion
Estimated algos to be injected into circulation (initially via auction) over the first 5 years

Algorand markets itself as a highly efficient, scalable platform that can immediately finalize transactions. Algorand accomplishes this in a decentralized way by:4

Algorand has a unique two-tiered blockchain structure. The base layer supports smart contracts, asset creation, and atomic swaps between assets. All of these processes take place on Layer 1 of the Algorand blockchain, which helps ensure security and compatibility.

On this first layer of the Algorand network, platforms and users can create ASAs that represent new or existing tokens on the Algorand blockchain. This is similar to how ERC-20 tokens function on the Ethereum network. With regard to security, simple smart contracts on the Algorand platform execute as Layer-1 Algorand Smart Contracts (ASC1s), which means they maintain the same level of security as the consensus protocol itself.

Algorand uses a unique variation of Proof of Stake called Pure Proof of Stake (PPoS). PPoS is a highly democratized PoS consensus mechanism with a low minimum staking requirement for participating in and securing the network — only one ALGO coin is needed to participate. By contrast, Ethereum 2.0 requires a minimum stake of 32 ether (ETH), an amount which establishes a much higher barrier to entry for users. Conversely, a low minimum staking requirement may adversely affect network security, as network participants may be less incentivized to behave optimally when they don’t have substantial value staked on the network.

Algorand uses a unique variation of Proof of Stake called Pure Proof of Stake (PPoS). PPoS is a highly democratized PoS consensus mechanism with a low minimum staking requirement for participating in and securing the network — only one ALGO coin is needed to participate. By contrast, Ethereum 2.0 requires a minimum stake of 32 ether (ETH), an amount which establishes a much higher barrier to entry for users. Conversely, a low minimum staking requirement may adversely affect network security, as network participants may be less incentivized to behave optimally when they don’t have substantial value staked on the network.

On Feb. 17, 2022, the Algorand Foundation announced a $10M grant to Applied Blockchain to develop the London Bridge, a trustless bridge that will bring Ethereum compatibility to the Algorand blockchain. Algorand has struggled to attract liquidity to its ecosystem, despite promising low cost transactions, low latency and high scalability. Having a bridge to Ethereum, which currently has the most robust DApp ecosystem, would allow Algorand to connect to these applications and attract more liquidity. In the long-term, the Algorand Foundation aims to have verification of other chains be performed on Alogrand’s smart contracts, by incorporating state proofs in the form of Compact Certificates into the Algorand Consensus. The foundation’s goal is to eventually solidify the DeFi ecosystem on Algorand.

The Algorand Foundation launched two accelerator programs in 2020 — Algorand Asia Accelerator and Algorand Europe Accelerator — which focus on assisting ongoing projects and developers interested in building on Algorand. These programs provide promising projects with end-to-end support — from strategy formulation all the way to launch — in an effort to help the Algorand ecosystem grow and thrive.

A relative newcomer in the blockchain space, Algorand has already proven to be a powerful platform with strong tech innovation, developer support, and real-world use cases. Algorand’s highly equitable coin rewards structure and consensus mechanism is pioneering a new standard in blockchain, and expectations for the Algorand endeavor are growing fast.

What is the purpose of Algorand?

Algorand aims to achieve global trust among trustless parties through blockchain-based decentralization. The platform prioritizes simple designs for developing technology that can eliminate barriers to prosperity.

What makes Algorand a green blockchain?

Algorand bills itself as the most efficient and greenest blockchain. Since April of 2021, Algorand has been carbon-negative—meaning that the platform purchases carbon credits that more than offset its carbon emissions.

What projects are in the Algorand ecosystem?

Can you mine ALGO? 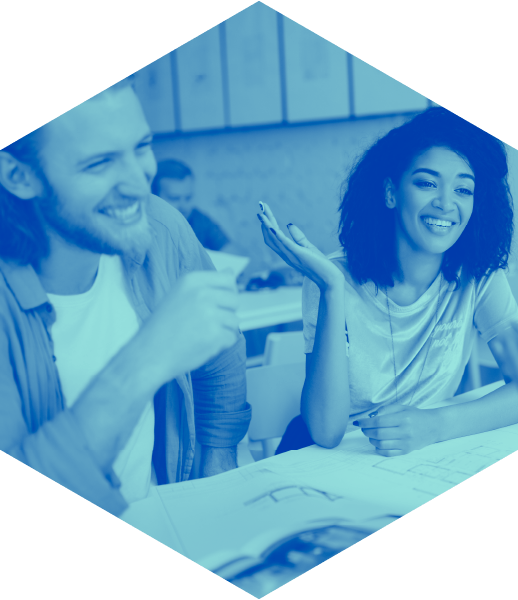 Send money to anyone, anywhere, anytime. Transaction finality in under 4.5 seconds. Avoid the wire transfers, forms, banks, and delays with Algo.

Built for billions of users. Payments won’t slow down, no matter how many Algo users there are.

This blockchain is different. Algorand doesn’t fork and uses the most advanced cryptography to protect your data and privacy.

The fixed and immutable total supply of Algo was created at the launch of the Algorand blockchain. At any time, anyone can see how many Algo are in use.

All unrestricted Algo not held directly by the Algorand Foundation.

All unrestricted Algo. This includes Algo held directly by the Algorand Foundation

Algorand includes various features that set it apart from other blockchains.

Pros And Cons Of Algorand

✅ Algorand Is a Major Player in the Creation of CBDCs

✅ Algorand Has Impressive Use Cases

❌ Crackdown on Indirect Players of Cryptocurrencies

❌ Ethereum Has the First-Mover Advantage

Is Algorand A Good Investment?

cryptocurrency. The key driver of this innovation is by making transaction speeds extremely fast and making it faster to deem a transaction as being final. Whilst relatively new and untested in the real world, this could potentially be a competitor to the likes of Visa and MasterCard.

Algorand has a lot of things going for it, which could bode well in both its future price and the likelihood of mass adoption. Beyond just the fast transactions and low fees, Algorand is an interoperable blockchain with a growing ecosystem. It’s listed on many great exchanges in which users are able to gain governance, as well as being a crypto that is easy to use. It also has a rapidly growing NFT market, which alone could be enough to sway many people to invest in Algorand. All of these promising attributes have led to some handsome price forecasts from expert analysts.

Whilst the crypto market at large – along with crypto sentiment – is a large factor in most coins’ success, ALGO only has a 0.2 correlation with Bitcoin over the past 3 months (a very weak correlation, compared to 0.91 for ETH-BTC). This shows that Algorand could possibly hold its own during a Bitcoin crash, and may even be a useful tool of diversification within your portfolio.

What Is Covalent (CQT)? Covalent leverages big-data technologies to create...

BUSD Gives Traders The Ability To Trade With Much Greater Ease

What is Binance USD (BUSD)? BUSD is not Binance’s...